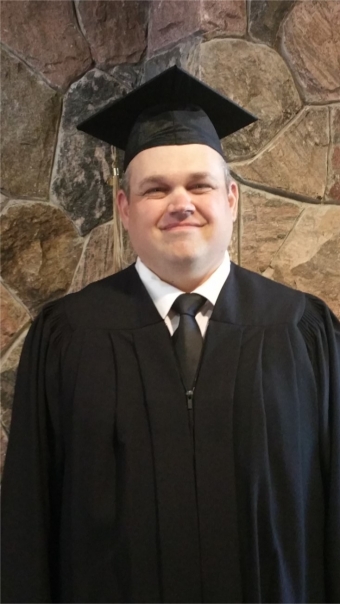 Bryan has wanted to go to college for a long time. He decided to complete his certification and become a licensed security guard. He went to Trillium College to meet with an academic advisor. After a couple of hours of her getting to really know him, she suggested that he would be a really good Personal Support Worker (PSW). Bryan wasn’t surprised by this and said that was something he had heard before. He told me that he was a volunteer at a retirement home many years ago and quickly became everyone’s favourite.

Bryan returned to Trillium College later that week having made his decision and was adamant that he was signing up and starting down this new career path. The program required a lot of commitment and hard work. He got up very early in the morning every day to get to class, and worked on homework or studying when he got home after lunch. Somehow he still volunteered in the late evenings and kept his commitments to his hockey team. Bryan received his PWS diploma and is now working with Transitions to Employment. He has applied to two different positions and at the end of June had his first interview. Bryan’s commitment, hard work and modesty is something that everyone at Mainstream is so impressed with.