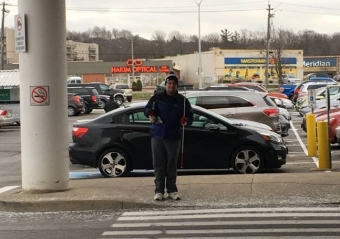 Adam attends the Resource Centre on Wednesdays and Fridays. Adam has achieved some great goals over the past year. With initial support from the Resource Centre team Adam has acquired and become completely independent in his volunteer work at Goodwill. Adam has also learned, very quickly, how to cross the street after work to get to the Penn Centre where he is able to browse until his family phones his cell and lets him know they are there to pick him up. The next step for Adam might be for him to learn the bus route from Mainstream to Goodwill to be even more autonomous. Adam has also learned to walk to and from Mainstream from home despite great challenges with his vision. Adam takes great pride in his accomplishments as well he should. This is just the beginning for Adam.

Mainstream will be holding it's annual Christmas Celebration on Monday December 9th . Drop in and join in the...

Mainstream and Gateway are pleased to announce that after careful planning...